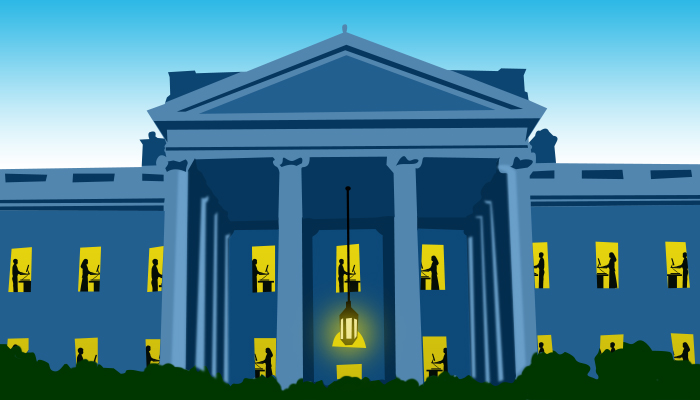 America: Stand Beside Her and Guide Her

If the recent White House requisition for standing desks proves anything, it’s that the quest for a healthier lifestyle is not divided along partisan lines. Prominent public figures known to use standing desks include Donald Rumsfeld, Winston Churchill, Oliver Wendell Homes, Jr., and Benjamin Franklin. Notable writers who stood include Ernest Hemingway, Virginia Woolf and Oscar Hammerstein II.

Predictably, the US government support of sit-stand desks has come in the form of modeling best practices rather than by mandate by law. Our safety standards for office workers tend to be conservative when compared to the European Union, which considers height adjustable standing desks an ergonomic necessity.

The Thousand Dollar Toilet Seat
It should come as no surprise that some citizens are crying out that the expense is too great and the money better spent on other necessities. An outlay of $700,000 over 5 years does sound excessive; even when broken down over 60 months it comes to $11,666.666, which apart from anything else is not an auspicious series of digits.

How will government workers benefit from this expenditure? Is the standing desk just another symptom of government running off with our collective check book? Are we figuratively flushing good money after bad? I don’t think so. Several independent researchers have found that an effective sit-stand desk such as Ergotron’s WorkFit line can reduce sedentary time by 50% per day among average knowledge workers. Given the documented harmful effects of sitting too much, this translates as a reduced risk for muscular skeletal and cardio metabolic risks for employees.

Let Freedom Ring
While reducing risks associated with sedentary time promotes health and wellbeing, there is a less concrete benefit that was first verified in the land of our forefathers: Great Britain. The Whitehall study was originally designed to prove that people in higher levels of management were more stressed than those they managed. As it turns out, the lower you are on the company ladder, the more stress you’re liable to experience.

What accounts for fewer health concerns among executives? One explanation is autonomy. People who have no choice in the tasks they do, and when they do them, suffer from a lack of decision latitude that can severely limit their performance and productivity.

On the other hand, people in offices who were given sit-stand desks were able to exercise some control over the way they worked with the simple choice to change postures at will. It came as some surprise to researchers that something as simple as this could elevate mood, energy and concentration!

Crown Thy Good With Brotherhood
With evidence-based data showing adjustable standing desks can help mitigate sitting-related diseases AND enhance performance and productivity, the American government, indeed any government, is exactly the place where you want this investment made. Can’t you just picture it? A sit-stand attachment on the President’s desk in the Oval Office? History in the making… 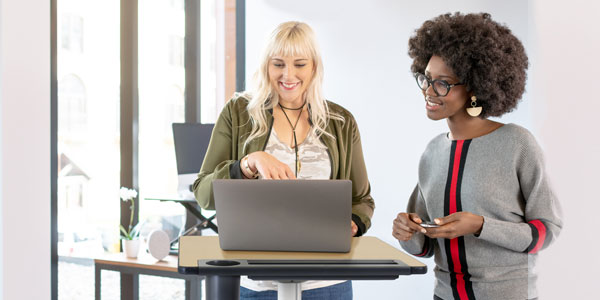 Debunking Ergonomic Myths: Standing Desks are All the Same 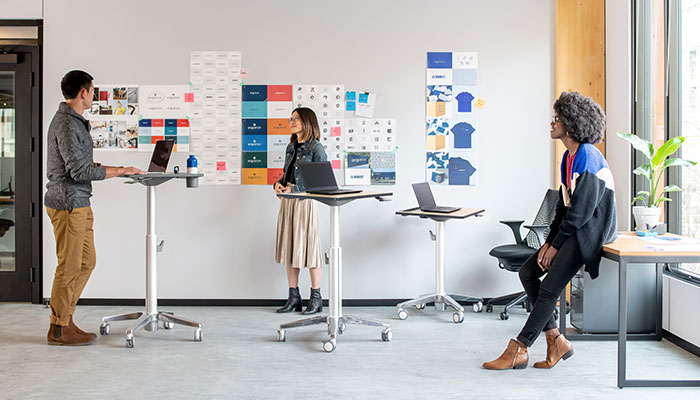 Move Wherever Your Work Takes You with Mobile Desks