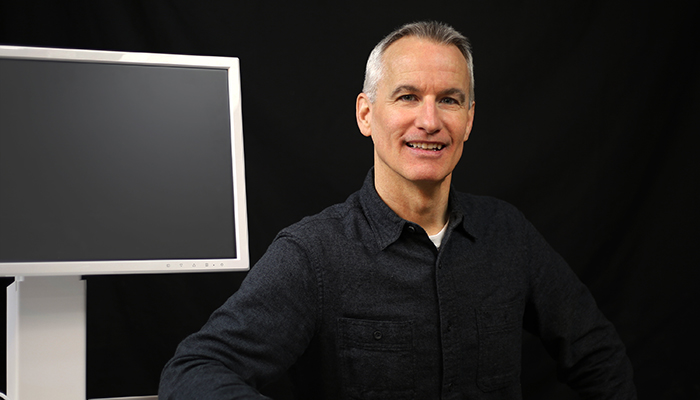 Industrial designer John Theis is on a mission to improve people’s lives, which is why he joined Ergotron more than 20 years ago. After earning his degree in industrial design at University of Wisconsin-Stout, he worked as a missionary in Los Angeles and later as a rehabilitation designer for people with physical disabilities.

Then Ergotron founder Harry Sweere convinced him to put his industrial design skills—and his passion for helping people—to work here.

Q1: How did you prepare for your career as an industrial designer?

A: I started out exploring mechanical engineering, but I discovered in college that chemistry was not one of my strong suits. I decided to look into becoming a CPA, and I received an associate degree in corporate accounting. I got a summer job in accounting and found out quickly that even though I was good with numbers, it definitely was not the path that I wanted to pursue.

Q2: Rumor has it that you also had a musical career?

A: Not sure I’d call it a career exactly, but I did play in rock bands from junior high school through college. I also played in a country rock band in college, which financed most of my college costs.

Q3: What led you to industrial design?

A: I did some occupational research and shadowed a few people in the field. I realized this would be a perfect field for me because it engages my artistic ability and mechanical aptitude, requires creativity and has the potential to help people directly.

Q4: What was happening at Ergotron when you joined?

A: Harry had recently invented the Mac Tilt, which allowed Macintosh computer users to move their computers to create a more natural orientation to avoid hurting themselves. He was a true visionary and understood the importance of combining ergonomics and work environments.

Q5: I understand you have a highly personal connection to the sit-stand desk concept?

A: It’s true. At Ergotron, I had already designed a sit-stand cart for healthcare. Right about this time, I had injured my back and when I would sit at my desk, I would experience even more back pain. I thought some standing would be easier than sitting all day while I was working. I decided to take the sit-stand cart and modify it into a height adjustable sit-stand desk.

Q6: Wow, so that is the origin on Ergotron’s legacy sit-stand workstation?

A: It was connected. Other people also started exploring the idea of standing at work. It didn’t take long for us to realize that standing all day is as uncomfortable as constant sitting. We began to understand that movement throughout the day is the best option. Of course, now there’s plenty of research to back that up.

Q7: What are you working on these days?

A: Most recently I’ve been working on the CareFit™ Slim and CareFit Pro mobile medical carts for nurses and other caregivers. Our goal is to provide excellent, high-quality products that make it easier to care for patients.

Q8: What constitutes a good work day for you?

A: When I design a product that really improves people’s lives. It should look, work and feel great. It’s like creating a work of art. I think that good art pulls on the emotions of a person—it says something to people. And, when done really well, it can sing.  And that’s what I would like our products to do for our customers. . . to sing!

A: Ha! I do still sing for a Christian organization and for weddings, but my career at Ergotron is also deeply satisfying because I know we really are helping people. Even things like making a medical cart more lightweight and mobile means we’re removing constraints. That matters.

Q10: Can you say more about what you mean by “removing constraints?”

A: I think when you have passion for helping others, like most people in healthcare, you want to remove the constraints that can inhibit that passion. My personal goal, and I know I share this with my Ergotron colleagues, is to make the digital documentation part of caregivers’ jobs as easy and painless as possible so they can dedicate more energy to their patients. Then they can thrive at work and have extra energy to thrive at home, too. 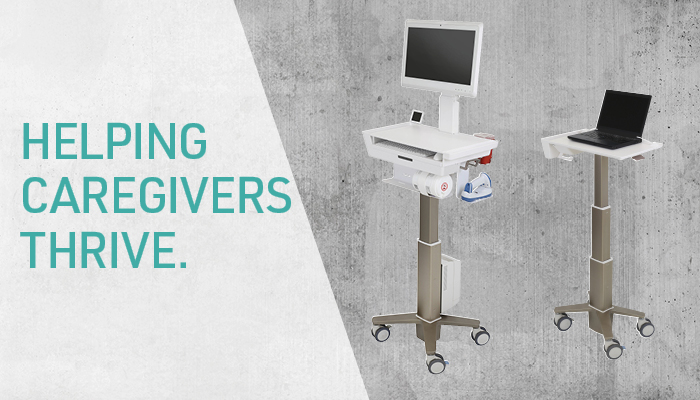 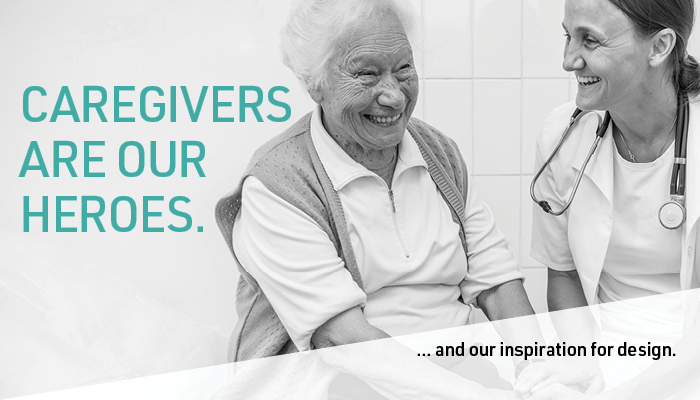 [Video] Why Our Heroes are Caregivers at Ergotron