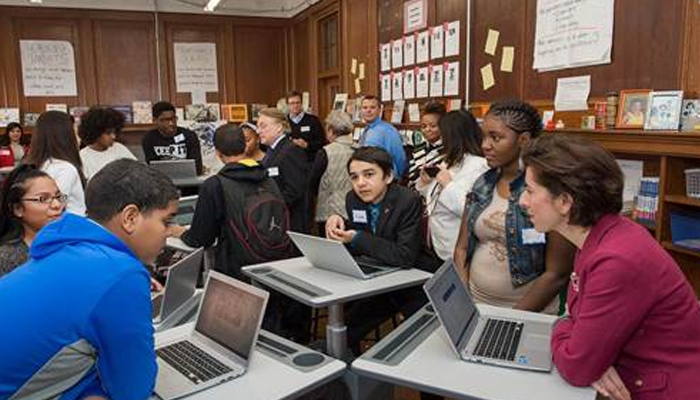 During the classroom session, Michael and Governor Raimondo discussed the importance of building a healthier generation of students – which begins in the classroom and can be further championed with the use of adjustable standing desks – as well as the key role they will play in fueling the future Rhode Island economy. The Governor also impressed upon the students how collaboration plays a major role in both government and business.

In his own words, Michael relayed, “Our LearnFit desks allow students and teachers to create an atmosphere of collaboration and engagement that you can’t do with traditional desks. We donated the desks because we want to invest in the next generation of Rhode Island’s future. The kids in high school today are the employees we will need tomorrow – and we want them to be smart, healthy and productive. LearnFit desks help on all those fronts.”

Are you interested in bringing standing desks to your school? Learn how your school or district can turn its standing-desk wishes into reality for more active classrooms by accessing grants for K-12 programs. Visit Ergotron’s Resources for Educators to find information to get you started, along with details about the LearnFit desk. You can also hear directly from teachers, administrators and students about their experience at other Ergotron spotlight schools or by following #schoolsthatmove on Twitter.

Bob works with global business offices, schools and healthcare facilities to build greater awareness of the importance of active work and learnstyles. 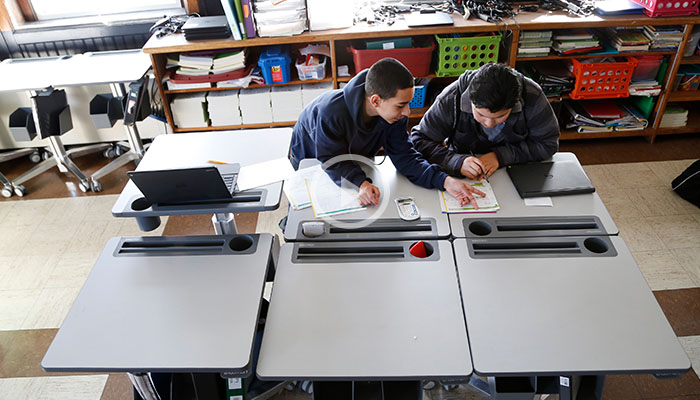 Kicking Off the School Year with Ergotron’s Active Classroom Furniture 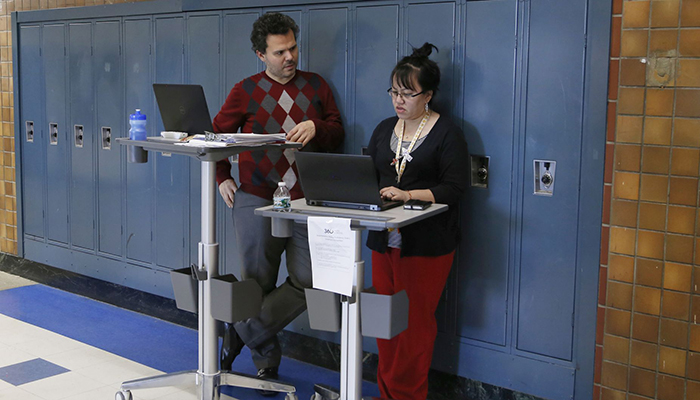