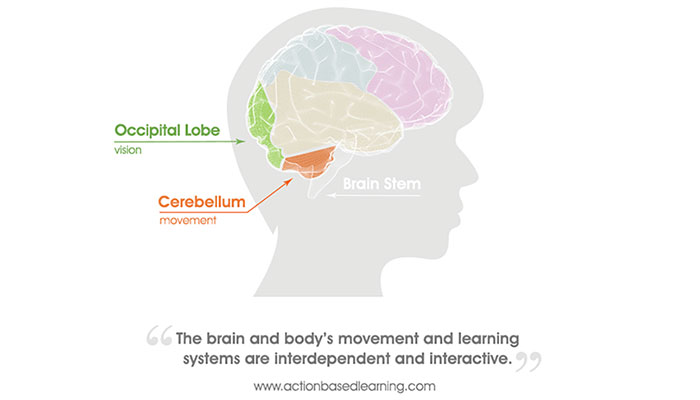 Many scientific concepts help explain why standing and moving leads to greater health and mental focus, both in the classroom and the workplace.

The part of the brain that processes movement is the same part of the brain that processes learning. Peter Strick and his staff at the Veterans Affairs in Syracuse, New York, have traced a pathway from the cerebellum back to parts of the brain involved in memory, attention and spatial perception. Our brain predicts—or thinks about—our movements before we execute them so that we control them better. Motor activity is preceded by a quick thought process that sets goals, analyzes variables, predicts outcomes and executes movements. This requires widespread connections to all sensory areas of the brain.

Ordinary, non-disruptive activity such as standing and shifting weight slightly plays a major role in maintaining body weight, caloric intake and overall health. In addition, low-level movement also supports better brain function. That’s something we can all get behind, from young students to adults. 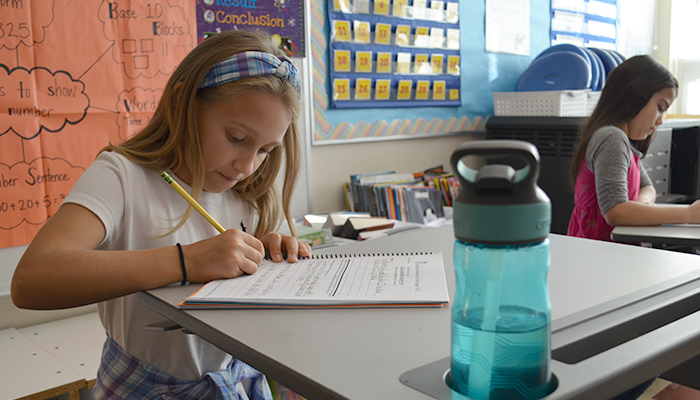 [Webinar Recording] How to Improve Your Students’ Health, Behavior, and Achievement Through Movement 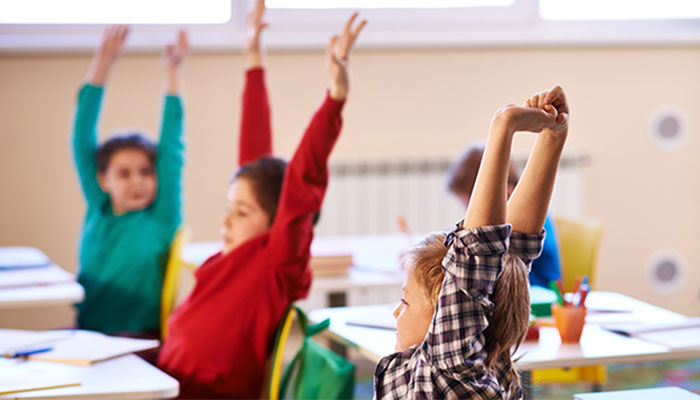 5 Brain Boosters that Add Movement to the Classroom 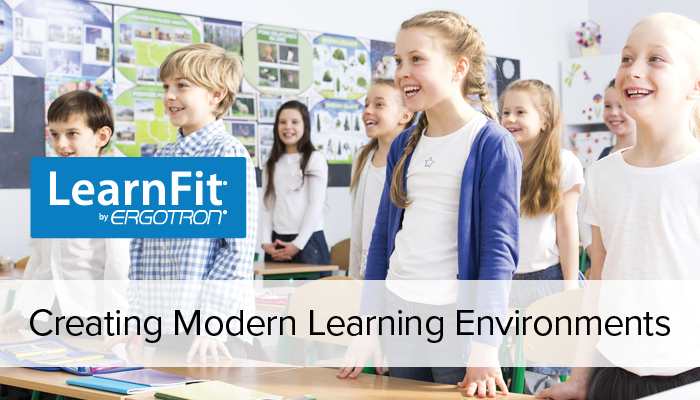